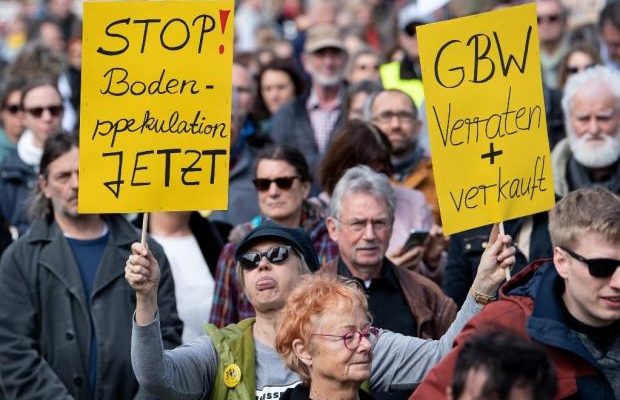 Thousands of people Saturday joined marches across major German cities against “rental insanity” or Mietwahnsinn, which has sparked a popular backlash. Organisers said at least 6,000 people gathered in Berlin’s emblematic Alexanderplatz and were marching towards the working-class, predominantly immigrant district of Kreuzberg, which has been recently targeted by developers eager to make a fast buck. Read more on: https://www.tv360nigeria.com/germans-protest-against-estate-developers//