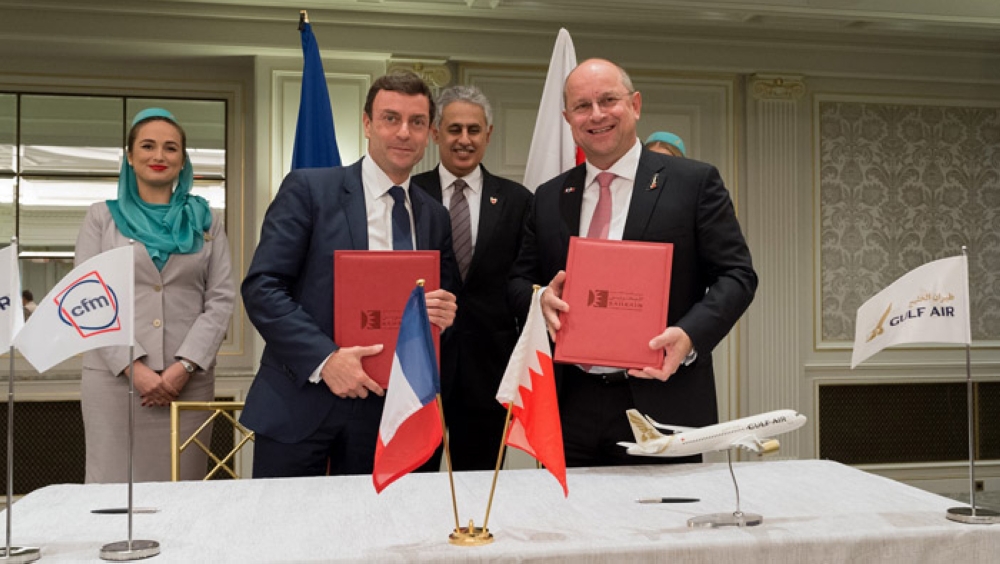 Muscat: Coinciding with a major diplomatic visit by a royal delegation from Bahrain, leading French firms including aviation leader Thales, oil major Total, insurer AXA and leading asset managers Amundi and Tikehau Capital have on Tuesday signed MoUs and agreements worth more than half a billion dollars with the Gulf Kingdom. This bring the total number of ongoing agreements with France up to $4.63 billion. Two of the agreements were related to support for Bahrain’s national carrier Gulf Air–Thales and Michelin both struck deals to service the national carrier’s fleet – and insurance leader AXA signed a MoU to build AXA Gulf’s new corporate headquarters in the Kingdom of Bahrain. Total signed a MoU with Bahrain’s Tatweer Petroleum related to the major oil and gas discovery made off the west coast of the Kingdom in 2018. Read more on: https://timesofoman.com/article/1218699/